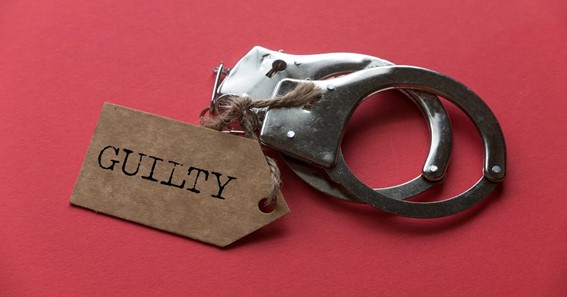 Voltaire once said, “it is better to risk saving a guilty person than to condemn an innocent one.”

Many people find themselves facing charges for offences but are not sure what to do. They end up admitting guilt to the charges despite not knowing what exactly will happen to them. And before they knew it, the conviction and sentence have already been read.

So, they’ll ask if appealing conviction after pleading guilty is proper.

The thing is, you should seek the legal advice of a dependable criminal defence lawyer before entering a plea. It helps to have someone explain to you what you are being charged with and the legal steps that you need to partake.

Before we set our foot into the courtroom walls and know whether or not appealing conviction after pleading guilty is proper, let’s define some terms in their legal sense.

What do you mean by pleading guilty?

First off, to plea means to submit a formal answer. Thus, pleading guilty means that you are formally submitting your admission to the offence being charged against you.

Entering your plea is typically made in court after the magistrate reads the charges. At this time, you may plead guilty or not guilty. If you are not ready to enter a plea, you may ask the court to adjourn submitting the plea on another date.

Always remember, however, that before entering your plea, you have consulted legal advice from a criminal defence lawyer.

What is an appeal?

Generally, an appeal is a legal proceeding whereby the decision of the lower court is submitted for review in the higher court. However, an appeal proceeding varies in the state where you are situated. It is also governed by specific court rules in your state or country.

What is a conviction?

A conviction is the adjudication of the criminal prosecution concluding the guilt of a defendant for the offence charged against him or her. A conviction is deemed final and executory except when there is a timely filing of an appeal.

Now that we know the meaning of these legal terms, let’s discuss whether or not an appeal against conviction is proper after pleading guilty.

Under the Queensland rules of court, if a defendant pleads NOT guilty to the offence charged against him and he got convicted and sentenced after the hearing, he may appeal the conviction, sentence or both.

If, however, he pleads guilty to the charges, the defendant can appeal ONLY the sentence imposed against him.

This is the very reason why a defendant should always seek legal assistance. A defence lawyer underwent extensive training and studies to understand the legal system. Their primary goal is to help countless criminal defendants have their day in court prepared and ready for judgement.

When is pleading guilty or not guilty proper?

Well, if you are not really guilty, then it is just proper not to plead guilty. Remember to always ask for legal assistance. Before entering a plea, ask your defence lawyer the best way to deal with the situation.

Keep in mind that the magistrate will always consider you innocent until proven guilty. The prosecution will always have the burden of proving your guilt. So, evidences will be submitted to court for assessment.

The evidence that the police obtained made them believe that there is reasonable doubt to file the charges against you. Your defence lawyer, on the other hand, will get a copy of the evidence, evaluate them and investigate the matter further.

If after collecting all evidences, your lawyer finds circumstances that will prove your innocence, then he or she will advise you to forego the case and enter a plea of not guilty. Otherwise, your defence lawyer will advice you to plead guilty and make efforts to lower your sentence in case of conviction.

How is the appeal filed in court?

If you have decided to appeal the Magistrate Court’s decision, make sure to file the appeal within 30 days from the date the decision was finalised. The appeal notice should be filed within this period to the nearest District Court Registry.

If you have been sent to the correction centre, you may ask the Sentence Management to submit the appeal notice in your behalf. The appeal case will then be scheduled for hearing at a District or Supreme Court.

After the appeal case is heard the District or Supreme Court will render its sentence. If you are not satisfied with the outcome, you may still appeal the case to the Court of Appeals. Similarly, you will be given 30 days to file the appeal to the nearest Supreme Court Registry.

Indeed, it’s going to be a roller coaster ride going through appeals. So, before entering your plea, make sure you know it’s legal consequences.

To Know Some Great Stuff Do Visit resettgo

To Know Some Great Stuff Do Visit uzzers

To Know Some Great Stuff Do Visit remowz